The levels of technology vary greatly in all cultures.

In Eclipse universe, high-tech items are generally distrusted or dangerous. Things like AI reactive computer programs are unheard of and, if found, would most likely be destroyed. Most tech is an amalgam of high-tech/low-tech. Example of this technological paradigm via pop-culture references would be the Dune novels by Frank Herbert, or the Warhammer 4OK setting where most tech is looked at with superstition or nearly mystical awe. Though many of the areas of technical expertise have begun to bleed over between cultures and races, each group once had areas of focus to which their people were specifically focused. 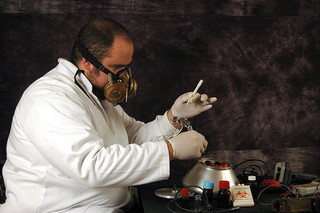 The average person living in the Imperium was limited to roughly modern-day technology, with the some exceptions. Only military or corporate specialists had any computer-based skills before the war, and true High Technology and Archeotech was strictly limited to the higher echelon of the Great Houses.

Cybernetics, Bionics, and You

Cybernetics look as close to the original body part as possible. The mechanical modules are protected by calcium deposits and covered over with gene matched skin. Bionics look like machines. They are rare. Typically only being used when for some reason Cybernetics are not available.

The average Meurlain once lived in a very rustic village or town, similar to the settlements today. As the Meurlain aspired to a minimalist or simple life, early 20th century technology was common. Computers were almost non existent as the Meurlain relied on astounding feats of mental mathematics and probability rather than on a machines.

The common Fringer lives a rough, short life even on Eclipse! Technology varied from planet to planet, but most weren’t much more advanced than early 20th century. The exception to this was Taranis which was full of technology, but most of it was faulty or in severe disrepair. 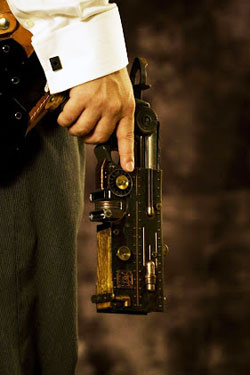 The tech level on Tribe worlds varied greatly, from the high tech spires and towers of Vohu (also known as “Haven”) to the simple, utilitarian housing of the Kshathran on Vairya. Technology ranged around the late 19th century to high-tech beyond what we have now.