The Origo Galaxy was the original galaxy the planet Eclipse came from before it was forced to leave at the end of the war with the Thinking Machines. However, there are thousands of worlds in the planet’s former galaxy with life on them, but some are so prominent that they are known by nearly all sentients originally of Origo. Here, you can find descriptions of the planets that once belonged to each culture; from the comfortable and lush planets of the Imperium to the harsh and unforgiving worlds of the Fringe. 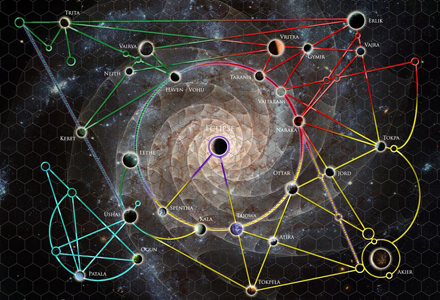