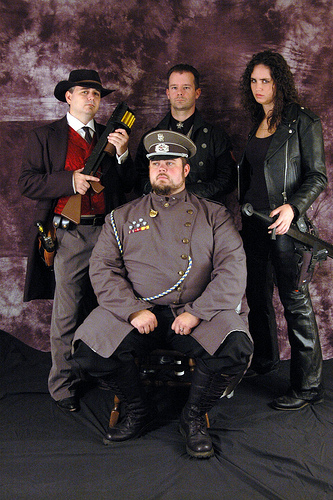 For more than a thousand years, the Imperium and its citizens have considered themselves the ruling power of the galaxy. With their vast military might, advanced technology, and strong faith in the Church of Eheih, the Imperium of Man has presented one of the strongest unified forces in history. But true strength isn’t always about guns or religion, as many Imperials have come to learn.

The people of the Empire have long been ones of particular taste and refinement. Until recently, cybernetics were the only alteration from pure humanity that Imperial citizens would accept (some were even considered fashionable). Psions bordered on being soulless but tolerable, like their Web Guide cousins, and mutations were just aberrations that proved the impurity of the blood. Through civil wars and aristocratic assassinations, the Empire began changing. It took a war with the fabled Thinking Machines to break through to them that they needed those whom they had ostracized and hated in dispute after dispute for years to survive. It has been a hard lesson in humility, but one that has conditioned this normally militaristic culture for better living among their new neighbors; the rest of the refugees of the Origo Galaxy on the planet Eclipse.

The Empire tended toward high fashion based loosely on Victorian inspiration in its clothing styles back in the previous galaxy. This is even reflected in some of the uniforms of the military. Their high leather boots and smart leather coats made them look the part of a civilized and cultured society.

Today, not everyone is able to dress in high fashion. A simple pair of slacks with a nice white shirt and a vest is hard to come by in some parts of the world where everything is just about surviving most of the time. You need to be ready to defend yourself. You need to be willing to get your hands dirty. Most importantly, you have to simply accept that air conditioning is not always available anymore. That changes what you wear most days, but many Imperials still have the occasional satin evening gown or snazzy clubwear tucked away for those perfect days. Members of the Clergy wear robes and vestments typically in black and gold if they can get their hands on it. Military careers usually wear fatigues in grey, blue or black. Even with the war being over, old habits die hard.

Mutations have not been well tolerated among Imperials until very recently. In the past, if a child was found to be a mutant, they were killed at birth. Occasionally, one would slip through the cracks or not show any physical changes until puberty. Those unfortunate souls had to seek refuge in the underground or with the Fringers, as to be uncovered in Imperial space would surely have meant a death sentence.

Prior to the war, the Empire’s greatest weakness was their prominent reliance on the Meurlain to move them from system to system. Each of the former nine Great Houses maintained a small group of Meurlain called “Wainwrights” who acted as Web Guides for the household. Most Imperials were themselves prone to a debilitating affliction commonly called “Web Way Sickness” which not only prevented them from being Web Guides, but made Web Way travel extremely uncomfortable. It was also commonly known that none of the true faith of Ehieh could harbor a gift for web guiding, it always seemed to mysteriously fade away as the church’s tenants took root, leading to the pervasive and disdainful nickname of “soulless” for the unfortunate individuals. The circumstance of a child being born with an affinity for astrogation was so abhorrent and rare that many Imperials would give the infants up for adoption to the Meurlain to be raised as a Wainwright. Since the war, however, Web Way Sickness has mysteriously vanished from the remaining populace. 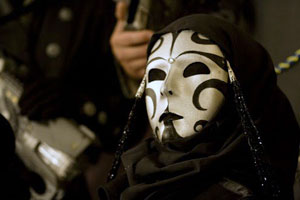 The Empire had been ruled over by the Holy Empress Gheverie Al’Eld up until the year 161 AGW, when it was publicly announced that she had died giving birth to a daughter; Natalia Al’Eld. Gheverie ascended the throne after the passing of her father, as has always been the tradition of the House of Al’Eld, taking a consort from House Cormac. House Al’Eld is descended directly from the one true messiah who brought humanity into the light during the Dark Age of Technology; Jerich Al’Eld I.

What followed Gheverie’s passing can be described as a civil war. The Great Houses of the Empire separated into factions, each following a personage of their choosing for who should (or shouldn’t) rule the Empire. 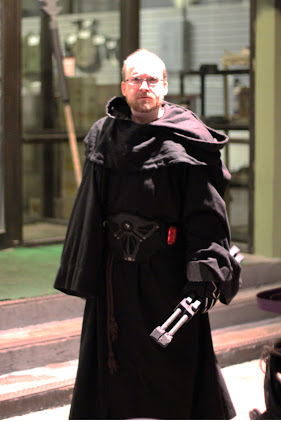 Houses Vinro and Svarog supported the claim of an acolyte of the church on Vinro’s home world of Ottar named Verus Al’Eld. The claim that he was Al’Eld was false, but many of Verus’ faction did not realize that until much too late.

House Cormac, in control of the Grand Army of the Imperium via their ties to House Al’Eld, naturally opposed the false claim and supported the infant Natalia as the rightful heir to the throne with Liam Cormac, her father, as regent until she could come of age.

Houses Huron, Weilok, and Fi’Grim professed neither Natalia, nor Verus as a rightful ruler and held ground that a greater threat was looming just on the horizon and that the time had come to accept mutants into the Empire.

Houses Kree and Eioph declared formal neutrality and called for peace between all.

House Juntach, weakened from being subjected to purging due to breaking cloning laws in the year before, made no stance at all except to continue their own recovery in the absence of a House leader.

Hostilities between Houses were called to a halt in the months after the Machines began their invasion. The imposter Verus Al’Eld was killed, and all Houses actively attempted to unify in the face of the invasion of the Thinking Machines. A man possessing the irrefutable Al’Eld Voice of Thunder (an audible ability born only to those of the House’s blood) calling himself Jerich Al’Eld II appeared. It was rumored this new emperor was present on Eclipse during the Battle of Middian, and that he met the conflict with the Thinking Machines head on… though what became of him after is a subject of much discussion.

Depending on the settlement, many Imperials find that House allegiances no longer hold the importance that they once did. Instead, the people of the Empire now cling to each other for the comfort of a cultural understanding and strength within their respective groups. It has become more important for many that the whole survive after the heavy losses of the war and the moving of Eclipse. There are a few exceptions, particularly within the area known as the Kree Archive, but overall Imperials are finding they must adapt to a very different life than they once knew.