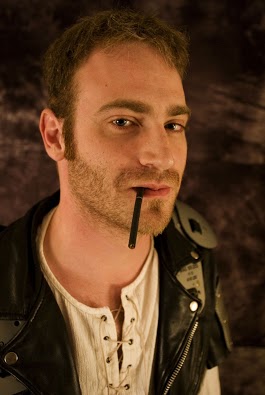 Fringers are the free-spirits of the human cultures. They’ve come from all walks of life – some born to the Fringe, some coming from the Meurlain or the Empire. Above all, they value the independence they found out in the wilderness planets they’ve lived on. There aren’t a lot of rules among Fringers except to do that which doesn’t kill you because it will make you stronger, and that, my friends, is what mutation is all about for some.

Fringers are the most common culture to boast mutations, though not all of them are mutants themselves. You get the occasional psion as well as the occasional Black Market cyborg too. These free-loving spirits of wanderlust flock to what is best to survive their immediate terrain, and so proffer all manner of clothing; from utilitarian flight suits to the grittiest of club-wear and street rags. They use all manner of weapons they can get their hands on, and will modify whatever they can’t use into something they can, even as a bartering tool. 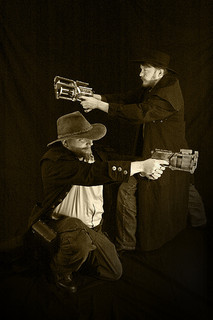 Strangely their pantheon is quite similar to the Tribes’ but the names and some imagery is different. Shrines to various gods of the Fringe are common in many settlements, though some show them more prominently than others and they vary in size from actual housing structures to simple symbols drawn on the wall with candles and offerings below. Fringers may choose to dedicate themselves to a deity completely, while others may have a few favored deities’ they call upon for blessings for favors. Each Fringer tends to interpret their relationship with the deity in their own fashion – some may keep shrines in their homes (or portable ones for travel), while others just stick with a fetish crafted from the local priests at the local temple. The only aspects of religion that are universally celebrated are the festivals since Fringers will never miss an opportunity for a party. While most Fringers do have faith in their pantheon, those that do not are still highly superstitious and usually have their own rituals and quirks about them that they feel helps them survive.

With a lack of unifying government out in the Fringe gangs tended to control whatever was left over that the Corporations couldn’t. Until around 157 AGW, the planet with the worst gang problem was Taranis. That all changed when Rama Gunderson stepped forward and took control, naming himself “King” of Taranis and thoroughly squaring himself out as a leading figure of the Fringe by buying his way into the Treaty of Eclipse. Some liked what he did with Taranis and saw him as a blessing for the people. Others weren’t sure whether he could be trusted to not to turn the Fringe into a loose version of the Empire. It was unclear what his intentions were, but the Fringe prospered under his leadership and many relocated to Taranis during the Thinking Machine invasion. Vritra even accepted him as their king, though they kept a central council to themselves on planet.

Two Fringe worlds fell during the invasion of the Thinking Machines; Naraka and Erlik. Both were successfully evacuated before the planets became uninhabitable – largely in part to their leaders; Gunn Verdien of Erlik and Nadia Solarii of Naraka. The refugees of both planets predominantly found their way onto Taranis where Rama Gunderson had raised the first standing Army of the Fringe. The rest came to Eclipse. During the war, Fringers as a whole seemed to hold their own against the Machines due in large part, most believe, to the recentness of mutations in the galaxy which were not here the last time the stories say the robots came.

Now that Eclipse has moved, the Fringers have no defined leaders once again. For many, that’s just how they want it. It’s how they grew up and how they were raised. Living on a frontier world isn’t anything new to them.