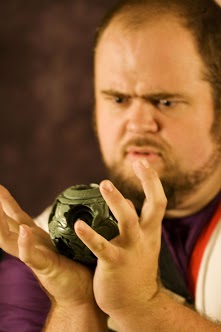 Psionics are the magic system of Eclipse. Members of any race or culture can manifest Psionic ability. Individuals born with this ability are called Psions. Psions are able to use the powers of their minds and essence (known as Bio-Energy) to manipulate energy within themselves, within others, or the universe around them.

There are two main divisions or Psionic Paths, Ka’Tül and Ba’Tül. All paths of Psionics rely on the ability of the Psion to draw upon their personal bio energy. Practitioners of Ba’Tul believe that this energy comes from the Self and is internal, while those that wield Ka’Tül see it as focusing the energy of the universe through themselves. Psionics come in tiers 1 through 5, with mastery training post-attainment of tier 5.

Ka’Tül is the manipulation of universal energies and matter. Upon reaching third tier, a Ka’Tül psion must choose a specific path of Ka’Tül upon which to focus. The Ka’Tül Paths are:

Ba’Tül is the manipulation of internal Bio Energy. It is primarily change of the body or self, and the body and bio energy of others. Manipulation of bio energies in others is dangerous and should never be taken lightly. Ba’Tül is separated into two Paths:

You can learn more about Psionics in the Rulebook.

Throughout the settlements of Eclipse, psions and a few others have been joining noted Brotherhoods of Antiquity. In the year before the Battle of Middian, you would not have heard these secret Lodges spoken of in anything but trusted company. Now, the lodges are a way of life for some. Not all choose to join the Orders. In fact, they are a fair minority among the population, but they exist nonetheless; some just as rumors, others with open recruitment.

These psions were once the stuff of nightmares told to Meurlain children to keep them in line when they were being disobedient, and with good reason. Though their practices can be most effective on the field of battle, this Order’s teachings are rumored to cause madness to those who use the power too often. There is a fine line between the grace of their violence and blind homicide. Sekhet Brothers must walk it carefully.

Way of the Flowing River 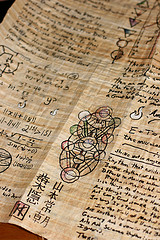 It is said that a great temple exists by a flowing river of energy and that those who find their way there are changed forever. It is unsure if the disciples of this Order are ever truly sane, for it is said they touch unto the very flow of time itself.

Those who follow the White Flame are a disciplined kind. As practitioners of the Martial Discipline of Liago, they are bound by their sect to take no life. The techniques they employ deal specifically with piercing illusions and dispelling forced compulsions. A large group of White Flame practitioners is known to exist at the settlement known as Elder’s Grove.

There are rumors of three other Orders that exist, but not much is known about them. The first is said to be a bonded pact between a psion and a great warrior, and though both may gain great power through the bond, neither is ever truly whole of body again. The second is said to be a reclusive sect of weapon makers who know the secrets behind the material known as jade. The last is an esoteric order whose exact beliefs are unknown, but that when they draw together, the very fabric of reality is said to ripple beneath the chorus of their voices.