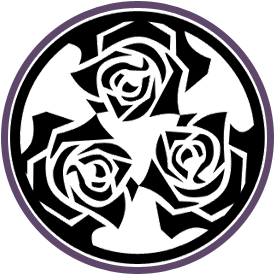 Several days walk north of Iron Town on the continent of Mu exists the thriving settlement of Morgan’s Landing. This settlement is only exceeded in age by The Compound, and was established almost four (4) years before the Battle of Middian. Just before the Battle of Middian, massive force shields were brought up around the area by the planet’s defense systems, encapsulating a large acreage in a protective energy dome. These shields have remained in place since, sculpting the layout of the settlement as it protects the population, a community of Dahhak, Imperials, Meurlain, and Midir, from much of Mu’s natural fauna.

Such a diverse collection of individuals has led to an equally diverse spread of interests among the community. A ruling council of eight individuals, two from each of the primary societies present, convene regularly to discuss and regulate the laws and operations of Morgan’s Landing while budding Gunsel of a variety of cultures practice their marksmanship at the local academy. Psions of all schools and races ply their knowledge among their communities, and Mikaeta can be seen practicing their early morning disciplines along the waving fields of NutriCane, the settlement’s primary export. Such a concentration of creative minds combined with the advanced technological know-how of the settlement’s foundation in the Empire has even led to many Cybernetic advancements among the local medical technicians, making Morgan’s Landing into a veritable land of plenty.