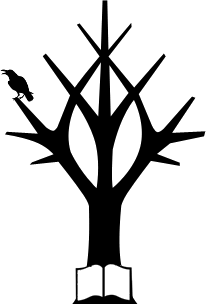 Established in the months immediately preceding the Battle of Middian, this settlement was once the repository of Imperial history and knowledge. After the brutal assault of the Thinking Machines, the two noble Houses Kree and Vinro struggled to pull themselves from the devastation. Though the warehouses storing the ancient codices and artifacts survived, they were left in disarray and chaos. Now both Houses are scrambling to bring order to the Archive and the Vault. Kree maintains leadership of the settlement, but the current Head Archivist Liusya Valen-Kree’s policies have caused animosity between her and nobles of House Vinro. While the two houses bicker with each other, life goes on in the settlement.

The Kree Archive, or the Library as it is known colloquially, is little more than a number of hastily constructed buildings among the ruins of the Kree and Vinro holdings. Both families are heavily guarded, allowing only a few lucky individuals an audience. Humans and a few Tribes toil in the shadow of the two Houses, many of them seeking work on construction crews tasked with rebuilding the settlement. They deal with the daily operations of the compound, unconcerned with the petty politics of the nobles.