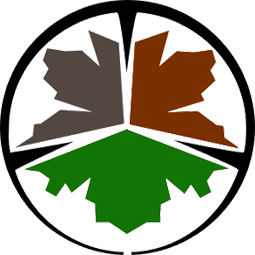 A day’s walk south of Iron Town lies the settlement of Elder’s Grove, established only months before the Battle of Middian. The settlement can appear a little crowded at first glance but in truth this community is separated into three distinct districts acting as their own small villages. Like Morgan’s Landing, before the Battle of Middian ancient archeotech force shields of dense magnitude were brought up around the area. Though the shields are completely translucent, they have influenced the layout of this settlement and its people greatly with their three interspersed inner shield walls within the dome. Fringers, Yazatas, and Meurlain were brought together, but much like oil and vinegar they have spread out again now that the fighting is done, each clinging to familiar communities of their own kind.

The first district, Konjito, hosts a large Meurlain academy geared towards bio-energetic research of all kinds as well as the preservation of psionic knowledge, both esoteric and otherwise. A large school of Liago are known to reside here as well. The second district belongs to the Yazatas, and is the origin of the settlement’s name. Cradled among the Ancients of the Yazata people is one of the few remaining sanctuaries dedicated to Sedu. However, also nestled under the leafy boughs that cover this district is a lively bustle of industry. While the sun is up, scientific endeavors are the pulse this heart beats to, but when the moon rises all research labs are shut down and you’ll find many a Yazata letting loose in their second professional love; the science of entertainment. The Fringers from the third district don’t mind this at all. In fact, Kotantown (as it’s called) has its own brand of entertainment only the Fringe does best.

Between Fringer bartering lifestyles, Meurlain psionic research, and Yazata industry, Elder’s Grove is a thrumming mix of trade and boundry-pushing discovery. The saying goes among the local traders, “If you want something that works, buy EG.” *