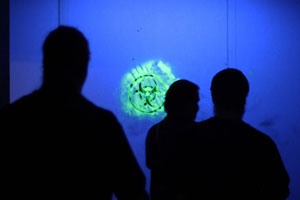 The world of Eclipse is one of consensual reality. Players and staffers work together in order to create a solid, consistent, and intriguing world in which the stories are told. When creating a character, it is recommended that players first consider the questions below before looking at creation points or how to allocate them. Once the questions are answered, it is further recommended that new players send their character ideas to Plot, so that the staff is able to address any possible issues before the game begins, and so that the player can be woven into any appropriate ongoing stories.

The Eclipse staff strongly recommends that players submit a full character history for their characters before the beginning of play. This helps to establish several basic fundamentals of any new character, be they new players or experienced players. Knowing why a character has come to the game location, who they might possibly know, and their past experiences help to establish a deep and rich sense of the character before play begins, allowing a quick and seamless integration into the game’s on-going story. Players that submit a character history before their first event receive three (3) additional character points with which to build their character.

Step One: Character Race
Are you a Human or a Tribe? If Human, are you Imperial, Atlantean, Suzaki, Fringer, or Meurlain? If Tribe, are you Dahhak, Midir, Nasu, Kshathran, or Yazata?

Step Two: Starting Settlement
What in-game settlement on Eclipse do you come from?

Step Three: Character Concept
This is where the character history questions help to create a rich character concept. Is your character a former Imperial from the planet Spentha who discovered he was a mutant in his teens and fled to Fringe space before ending up on Eclipse? Perhaps your character was the daughter of a master armor smith on Vairya now living in Downings, with aspirations of becoming one of the skilled Atar defenders that protects your fellow man and keep them safe. There are many paths and options to explore. Don’t feel tied to what has done before. Experimentation and expansion are the lifeblood of any world.

If you’re having trouble with buying skills and abilities, here is a handy list of all the skills and their costs. Details about Advantages, Disadvantages, Talents and Abilities are available in the Eclipse Rulebook.

Cost of equipment can be found on the production lists. The formula for most things is Material Unit(MU) cost times 10. If a Level 1 Energy Crystal is required, add 20 credits to the cost of the item. You are limited to 10 items from each Tech (batches count as one item per batch). The production lists specify which items are available to new characters.

Here are some tips for planning out how you are spending your starting cash:

Bringing a list to check in can help speed things up. If you have questions about item costs, please post on the boards. Some of them can be a little confusing, but we’re more than willing to help.

Step Seven: Send it all in!
Once you have your build, character history, and equipment all settled, the next step is to send it all to plot. If you have any questions or concerns, or want to make sure things fit correctly, we can help you with that too. Just email us. We look forward to hearing from you, and getting to know your character!

There are things you can do at Character Creation that require Plot interaction and permission (Requires submitting a character history at least 30 days in advance of the event you are starting at):

Other things may be possible but are more difficult or restrictive. If you are interested in incorporating some of these into your character, it is recommended that you put together your character concept and submit it to Plot before developing a full history – Plot may have some guidelines about how the above ideas can be incorporated.