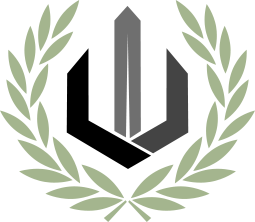 On the coast of the continent Mu, to the northeast of Morgan’s Landing, there’s a small settlement called Omanganva. This settlement was founded just before the Battle of Middian, by Nasu fleeing the terrible conflict. They sought to hide themselves from the other settlements, and avoid the fighting. They had originally settled further north along the coast, but were raided over the following year by several groups of High Asgardians.

They revealed themselves to a few at first, but the secret settlement soon re-connected to the world. Choosing a more secure location, they have rebuilt, and are beginning to flourish. Though originally founded only by Nasu, they have attracted a range of people looking for a home. They have developed good relations with the Convoys, and some Meurlain and Fringers have re-settled here. There are even a small number of Atlanteans here, honor bound to protect the settlement. They have recently become a protectorate of Atlantis. A few other of the tribes have trickled in as well, looking for a place of peace from whatever tortured path they followed before.

They say Omanganva will rival White Falls for quality medicines, and has a thriving fishing business. Still, it’s just a bit boring. And that’s just the way the folks in Omanganva like it.